At last, give your gut the friendly bacteria it needs to keep your whole body healthy

No need for refrigeration

Can be taken after illness or antibiotics

Click here to Order a 30 Day Trial – Feel the Difference or Your Money Back! 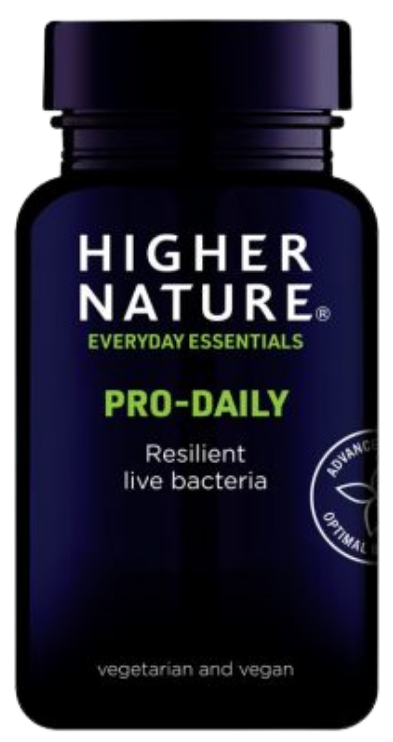 There are amazing things living inside your body….

Millions of micro-organisms, including bacteria, archaea, fungi and viruses.

These are known as the ‘human microbiota’.

They make up what is known as your ‘microbiome’.

And it’s very important for your health.

Good bacteria in your gut create compounds that help your digestive system and your immune system functioning properly.

While an imbalance of bacteria can lead to inflammation and other serious health problems.

So how can you improve your gut microbiota?

The Power of Probiotics

Probiotic yoghurts or capsules are commonly advertised as a natural way to boost your levels of friendly bacteria.

In 2018, Professor Tim Spector, from King’s College, London told The Telegraph, “There is plenty of evidence to say that if you're ill, if you have a minor illness [and you take probiotics] you will improve. These include travellers' diarrhoea and irritable bowel syndrome, and there's evidence for depression.”

And according to a Swedish study, a probiotic bacterium called Lactobacillus plantarum 299 could help prevent pneumonia in seriously ill people. It dealt with dangerous bugs as efficiently as prescribed antiseptics.

But there’s a problem…

With most probiotic preparations that you find on sale, few of the bacteria actually get into your gut.

That’s because your stomach lining secrets hydrochloric acid with a pH level of 2.0 – which is the same a battery acid!

It means that most of the friendly bacteria are destroyed before they can do you any good.

But there is a type of probiotic that survives the journey…

This protects the active bacteria against the onslaught of stomach acid, which means it can actually reach your large intestine where it is needed.

It is so resilient that, it can survive high temperatures, so there is no need for refrigeration.

This makes it ideal to carry around in your pocket, handbag, or car glove compartment.

You could even take it when travelling on buses, planes and trains.

So if you’re a busy person who’s often on the move, this is the easiest and most effective way to ensure a daily intake of probiotics.

Today, you can try it out for 30 days risk-free, and see how good you feel. 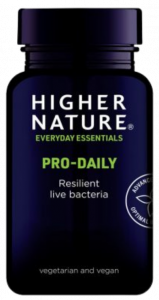 According to scientific research, the bacterium found in Pro-Daily is:

But try it out for yourself and feel the difference within 30 days of receiving the package in the post – or your money back!

Click Here to Start Your Journey Towards Better Gut Health

“I have extra energy now”

Brilliant for keeping my sensitive stomach in order!
Christine

Been using this product for years great for IBS
Nicki Watson

Gut health is important to overall health and therefore this is part of my family's daily supplement. Very common in winter to easily get Norwalkinfektion (calicivirus). We've never had it in our family.
M Domingo

Great for the tummy & don't need keeping in the fridge!
Tracy

They work well, are easy to take and can be carried around in my handbag, a big bonus.
Traher

So if you are looking for a daily probiotic to support your gut health, this is something you really want to try.

Unlike most probiotic products, it’s resilient to stomach acid and high heat. Which means no need to keep it in the fridge – so, you can take these capsules with you anywhere you go.

Plus - there’s added FOS to help the friendly bacteria that’s already in your gut.

But try it every day for a month and either feel the difference in your health or we’ll refund you every penny.